January 16, 2012. Woke up before dawn to finish my wild west script for the kids I teach. Skyped with my dad about Patagonia glaciers, sailboat adventures across the Pacific, train rides through Russia, bike touring across Asia…

Learned that my mom’s Nikon D70 camera got stolen in Valparaiso. Doesn’t surprise me. I tell a lot of the people I meet not to visit Chile because of lo mala clase que alguna gente es. According to my mom, who tends to pepper a lot of her narratives with Latin American magical realism, she was dragged up some stairs in the struggle. It was probably true. She’s mostly sad about the pictures in her camera. Any photographer would be.

Then I laid to sleep while half watching Fincher’s Se7en.

My favorite view in Busan

January 15, 2012. Worked at Twosome Place coffeeshop in Gwanlli beach on a play for 5 year olds. I love this place because I can see the bridge. The Gwanlli bridge is one of the things that charmed me about Busan before I moved here. Now, four months after my arrival, its sight reminds me why I’m here.

Skyped my sister, who pointed that this was the sound of our generation.

Then, on a more somber note, I went to Beached Bar in the same seafront strip. Talking with the owner, I discovered a horrific event that happened in Seoul in 1995. A mall collapsed killing 501 people. The Sampoong Department Store.  Hearing and reading more about the event made Korean malls and Seoul have an ominous feel. Even the name Sampoong is disturbing. I tense up reading this section of the wikipedia entry as the disaster begins to unfold but nobody does anything about it…

“In April 1995, cracks began to appear in the ceiling of the south wing’s fifth floor. During this period, the only response by Lee and his management staff involved moving merchandise and stores from the top floor to the basement.

On the morning of June 29, the number of cracks in the area increased dramatically, prompting managers to close the top floor and shut the air conditioning off. The store management failed to shut the building down or issue formal evacuation orders, as the number of customers in the building was unusually high, and they did not want to lose the day’s revenue. However, the executives themselves left the premises as a precaution.

Civil engineering experts were invited to inspect the structure, with a cursory check revealing that the building was at risk of collapse; the National Geographic documentary seriesSeconds From Disaster indicates that the facility’s manager was examining the slab in one of the restaurants on the fifth floor, eight hours before the collapse, when, unknowingly, vibration from air conditioning was radiating through the cracks in the concrete columns and the floor opened up.

At about 5:00 p.m. Korea Standard Time (UTC+9:00), the fitfh floor ceiling began to sink, resulting in store workers blocking customer access to the fitfh floor. According to Seconds From Disaster, the store was packed with shoppers 52 minutes before the collapse, but the owner did not close the store or carry out repairs at that time. When the building started to produce cracking sounds at about 5:50 p.m., workers began to sound alarms and evacuate the building, but by then it was too late.

Around 5:52 p.m., the roof gave way, and the air conditioning unit crashed through into the already-overloaded fifth floor.[1] The main columns, weakened to allow the insertion of the escalators, collapsed in turn, and the building’s south wing pancaked into the basement. Within 20 seconds, all of the building’s columns in the south wing gave way, trapping more than 1,500 people and killing 501.

The disaster resulted in about ₩270 billion (approximately US$216 million) worth of property damage.” 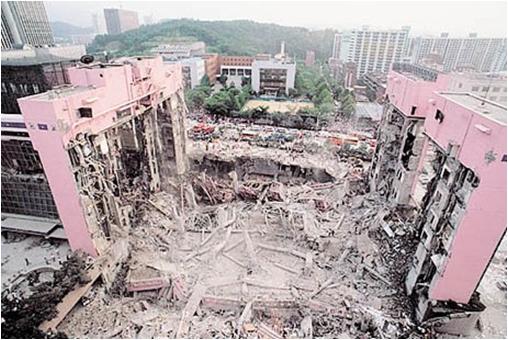 Back home, I started writing an essay on two movies I’ve been thinking about a lot.  The essay compares “The Notebook” and “Blue Valentine”. Two movies that have a lot in common and seem to be in dialogue.

Then got on the first train out of Jangsan for Yangsan.  Yansang’s the furthest point in the green line of the Busan subway. This is the first part of my plan to go to every end point in Busan’s subway system. It took me about 1.5 hrs to get to the station… I live at the other end of the green line in Jansang. I wrote part of my graduation play for the kids I teach on the train. On the train, I listened to the later works of Bob Dylan and read Atlas Shrugged on my iPhone.

Pretty soon all the cosmopolitan Koreans got off the train and the old Koreans got on. They were ajimas and their male counter parts.  Yansang must have the ajima manufacturing plant and all ajimas must have been recalled for their weekly perm. The train went above ground and I saw the Nakdonggang river glistening in the afternoon sun.  Across the water,  strawberries fields spread away into the hilly horizons.  White apartments buildings grew out of the green eastern hills.

Yansang was a little boring. Here is what I thought was most interesting.

Horizontal lines under a bridge

Then I went to see “The Girl with the Dragon Tattoo” good movie but with a lot of sexual violence.

David Fincher is the shit. I hope Trent Reznor and Atticus Ross do an evil cover of Adele’s “Rolling in the Deep”.

The movie finished late… at 00:05… I ran across a darkened Lotte Department store to catch the last train out of Seomyeon. I failed. The train had left a long time ago… sad face… took my fail as a sign that I was going to find something interesting on the streets of Seomyeon… perhaps a mystery to solve…

I followed my intuition… found some friendly Korean soldiers out for a night of fun waiting outside of the Milk Boy club (which I first thought was a gay bar and then remembered I was in Korea and that there’s no “doble sentido” here).  The line to get in was too long but the Koreans kept me entertained until they told me I was going to be waiting for an hour to get to “the best dancing hall this side of the street.”  Took a picture of them. Koreans, like most other humans, love the immortality of a photograph.

Couldn’t wait an hour. Took a cab back to Jangsan.

At home, I listened to a Fresh Air episode on Rin Tin Tin, a Ted Talk on inspiration and a Moth podcast about the holocaust.  Then I made my necessary FB check and saw a picture of Lionel Richie… decided that THAT was definitely a sign to listen to All Night Long.